Over the last while I have been working on the Upper Yarra 'chapter' of my investigation into the Yarra's environments. This part of the series is of mostly blue paintings, depicting the mountains surrounding Melbourne. At the moment my work is around the view from Yering Station, the historic winery. It is an awe inspiring visa of the mountain ranges to the north east of Melbourne including Kinglake, Healesville, Marysville and the surrounding shoulders of mountains. I have begun a large painting of what I think of as the wings of the ranges, rising up either side of a valley that hangs in the clouds. Celebrating the rain that the mountains draw from the sky, that is the source of all life here and the river. Long may it rain!

Here's a hint, but I look forward to sharing these with you later...
Meanwhile, I will continue to post more images from the earlier, more urban part of my journey. Here is a catalogue of the previous exhibitions I have had on this theme since 2006.


The Yarra Drawings - August 24 - September 9, 2006
Firstly in 2006 was the exhibition The Yarra Drawings, mostly works on paper - that showed works about the Yarra around where I have lived since childhood - the nearly inner city areas of Northeast Melbourne, from Dight's Falls in Abbotsford to the Horsehead Bend in Ivanhoe.

This was the second exhibition in the series and documented the river from the city of Melbourne to the Yarra Flats at Heidelberg, radiating out from the previous show. This included the Land Memory works that depict the city, industrial and historic areas. These large mixed media works on canvas, I consider to be in between drawings and paintings. 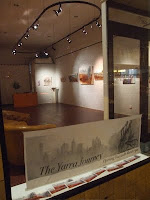 Remembering the River - November 3 - 24, 2008
Thirdly, was the exhibition entitled Remembering the River, which included works depicting the river from its destination at Port Phillip Bay and to the bushland of Warrandyte, in the hills near Melbourne. (covering an area half an hours drive in either direction from where I started). The river is 250kms or so long, so I still had a bit of ground to cover. This exhibition showed works on both canvas and paper and contained some darker motifs, arising from an emotional response to the damage caused to our environment, and therefore ourselves, over the last century or so.

The first Yarra Dinner Party was also held in the gallery itself, surrounded by the artwork a tradition I hope to continue into the future. Below is a photo of the space after the feast. 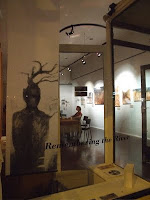 Works from the first exhibition The Yarra Drawings below: 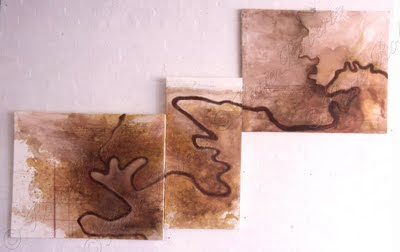 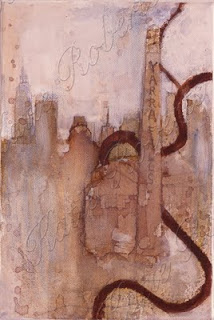 Please note that I have added an embedded watermark to protect these images.
If you wish to use them or any of this blog's content please contact me for permission.
Posted by Katie Roberts at 2:22 AM No comments: 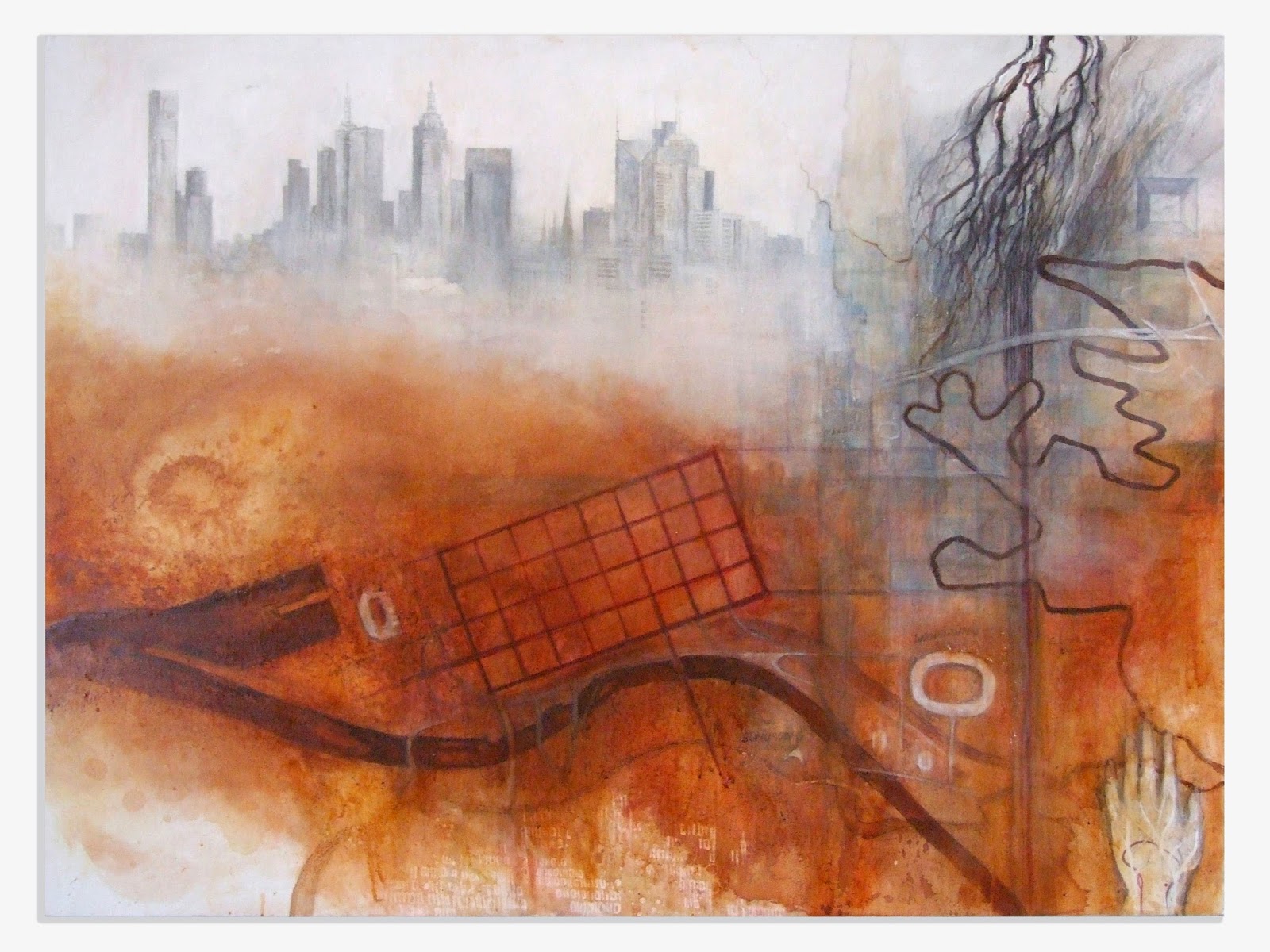